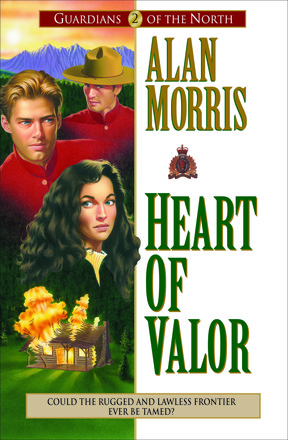 Together they fight a dangerous enemy. Can their hearts of valor prevail?Hunter Stone and the North-West Mounted Police are faced with establishing themselves as the law on the rugged Canadian frontier. They discover that an evil trader, Armand Sweet, has been smuggling shipments of whisky into the North-West Territories, and Sweet becomes the focus of the Mounties' relentless search.Reena O'Donnell has continued her work as a young missionary among an Indian tribe of the Blackfoot Nation. But she finds that she must deal with the ongoing breakdowns of tribal customs due largely due to the whiskey influence, and she must try to bring a renegade young man, Drew Eagle, under control before violence erupts.Together she and Hunter fight against their common enemy, the dangerous whisky trade. When Armand Sweet eventually is arrested and the true source of the illegal shipments is revealed, the shocking evidence points to someone they know. Hunter and Reena come into a direct confrontation with the heart of evil and are led down a dark trail of high suspense.A declaration of love is made. But is he truly ready for what lies ahead?