A Contemporary Retelling of Pride and Prejudice 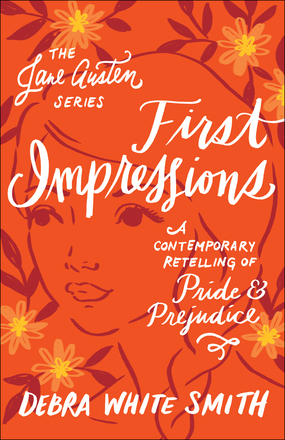 In an attempt to get to know the people of London, Texas--the small town that lawyer Eddi Boswick now calls home--she tries out for a local theater group's production of Jane Austen's Pride and Prejudice. She's thrilled to get the role of lively Elizabeth Bennet . . . until she meets the arrogant--and eligible--rancher playing her leading man.

Dave Davidson chose London, Texas, as the perfect place to live under the radar. Here, no one knows his past, and he can live a quiet, peaceful life with his elderly aunt, who also happens to own the local theater. Dave doesn't even try out for the play, but suddenly he is thrust into the role of Mr. Darcy and forced to spend the entire summer with Eddi, who clearly despises him.

Sparks fly every time Eddi and Dave meet, whether on the stage or off. But when Eddi discovers Dave's secret, she has to admit there might be more to him than she thought. Maybe even enough to change her mind . . . and win her heart.