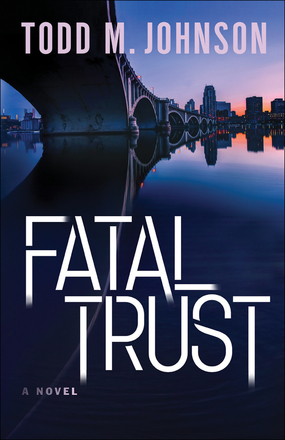 A Simple Job. An Unbelievable Payout. But in Risking It All On Blind Trust, He May Just Lose Everything . . .

Ian Wells is a young, ambitious Minneapolis attorney struggling to build up a law practice while caring for a mother with Alzheimer's. As the stress and bills mount, Ian is nearing the breaking point when everything changes with a single new case. All Ian must do, the client demands, is judge whether three men qualify for nine million dollars of trust funds soon to be paid out by determining whether they've been involved in any criminal activity for the past twenty years. Ian's fee for a week's work: the unfathomable sum of two hundred thousand dollars.

The job seems too good to be true, and Ian wants to turn the offer down, but his needs weigh more heavily. He warily accepts the job--but is quickly dragged deep into a mystery linking the trust money to an illegal enterprise dating back to Prohibition and the greatest unsolved crime in Minnesota history. Ian soon finds himself the target of a swiftly tightening criminal investigation--realizing too late that this so-called simple job has spun out of control and now threatens his career, his future, and his life.

"With its dizzyingly twisty, engrossing plot, Johnson's latest legal thriller is a perfect match for fans of John Grisham and Robert Whitlow."

"[A] tangled legal thriller. . . . Johnson reveals one surprising secret after another."

"Money and murder from the state's largest art theft and deep family secrets add to the action and intrigue. Surprising plot twists keep the pages turning."

"Todd M. Johnson introduces a mysterious web connecting the past, present, and future of his characters in a swiftly spiraling plot full of intrigue. Fatal Trust brings the once mundane legal world of wills and trusts alive with riveting mystery."