Engaging the Doctrine of God 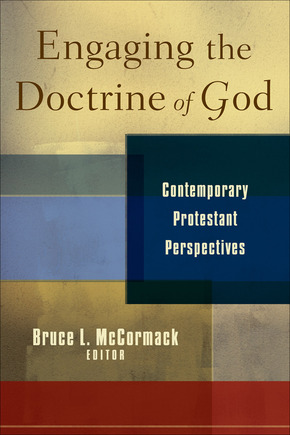 Traditionally, evangelical theology has been committed to a position of classical theism, emphasizing God's immutability and omniscience. Of late, traditional affirmations have been challenged by theologians who affirm a more christological focus (often drawing from Karl Barth's theology) and by those who affirm a theology of "open theism."

The essays gathered in this collection give evidence of the depth and creativity of contemporary evangelical theology as well as the variety of positions held by those within the movement. Part one focuses on New Testament studies and the earliest development of a Christian doctrine of God. Part two considers two figures who have significantly influenced evangelical theology. Part three examines the cross, the suffering and sovereignty of God, and the contemporary debate, and part four concludes with a chapter on theology and pastoral care.

Both scholars and clergy will find that these essays represent the range of thought within the evangelical tradition. The contributors provide readers with a stimulating guide to the contemporary debate.

"One will find meaty essays here on an important topic: the doctrine of God. The inroads of philosophical secularism in the academy have injured orthodox presentations of God by many Christians. This book can help thoughtful Christians, not because the essays are all equally consistent in upholding orthodoxy, but because they present the parameters of the discussion in engaging ways."--Mark Mattes, Logia

"A very fine work. . . . McCormack describes Engaging the Doctrine of God as exploratory and a kick-start to a conversation. Indeed it is both. . . . Stimulating and theologically sophisticated material [is] found in this excellent book."--Graham A. Cole, Themelios

"How to understand divine impassibility is a major theme of most of these essays. Some will interest a broader community of scholars working on the doctrine of God and be useful for seminary and graduate courses. Reformed theologians in particular may find the implicit debate between Helm and McCormack concerning Calvin and Barth's understandings of God thought provoking."--Don Schweitzer, Religious Studies Review

"Preachers will . . . welcome Engaging the Doctrine of God. . . . [It] present[s] fertile ground for serious theological reflection."--Preaching

"Evangelical theologians, ministers, students, and others interested in contemporary Protestant perspectives on the doctrine of God will find this an engaging and insightful book. It provides an excellent introduction to these important issues and makes a helpful contribution to the discussion."--Glenn R. Kreider, Bibliotheca Sacra