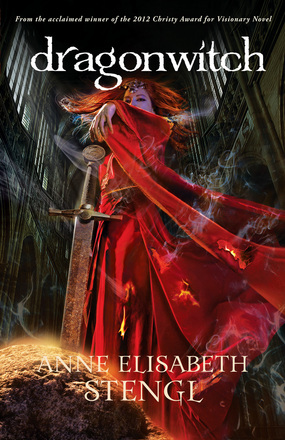 Who Will Dare to Face the Dragonwitch?


Submissive to her father's will, Lady Leta of Aiven travels far to meet the future King of the North Country and a prospective husband she neither knows nor loves.

But within the walls of his castle, all is not right. Vicious night terrors plague Lord Alistair. Whispers rise from the family crypt. The reclusive castle Chronicler, Leta's tutor and friend, possesses a secret so dangerous it could cost his life and topple the entire nation.

And far away in a hidden kingdom, a flame burns atop the Citadel of the Living Fire. Acolytes and priestesses serve their goddess to the limits of their lives and deaths. No one is safe while the Dragonwitch searches for the sword that slew her twice...and for the hero who can wield it.

Fans of Tolkien...will be drawn into Stengl's effusive prose and wonderfully scary worlds...a series to stretch your imagination over several long winter nights.

Stengl's characteristic humor, inventiveness, and verve catalyze a slight plot in the fifth installment of the Tales of Goldstone Wood (after Starflower). Alistair, the red-headed heir of Earl Ferox of Gaheris, is contemplating a loveless marriage and wrestling with prophetic nightmares. He'd like to be a hero through deeds of derring-do, but his mother wants him to play politics and become king. He sees his intended, Lady Leta, as insipid because he can't understand having a passion for books and ideas. It's the stuff of second-rate romance, but there are larger issues brewing. Ancient legends are stirring. A dangerous gate is forming between the worlds of faeries and mortals. Alistair's dreams portend a threat big enough for any hero, with room for a cranky misshapen librarian, an urchin, and a certain blithe cat-man. The story stands alone, though favorite characters from the earlier books have cameos large and small. New readers will find much to charm them, and fans will enjoy the epic yet quirky adventure they have come to anticipate