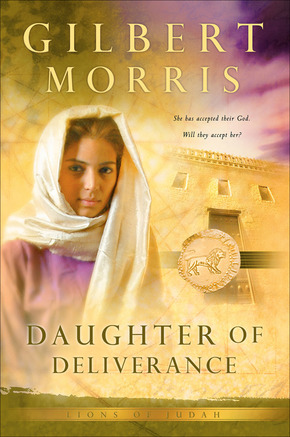 THE PROMISED LAND BELONGS TO THEM. BUT FIRST THEY MUST CONQUER IT...

When Israel's unvanquished army crosses the Jordan, two spies, including Caleb's son Ardon, come to scout out Jericho's fortifications. There they encounter Rahab, a young woman forced into prostitution when her father's creditors threaten to sell her family into slavery. At great risk to herself, Rahab saves the men from capture, and Ardon promises to rescue her when his army destroys the city.

Rahab turns to the God of Israel and grows in faith, but Ardon's pride will not allow him to forget her past. Yet despite himself, he is attracted to her. As the battle for a new homeland escalates, will Ardon and Rahab learn to fully trust in God's ways?