Creation out of Nothing

A Biblical, Philosophical, and Scientific Exploration 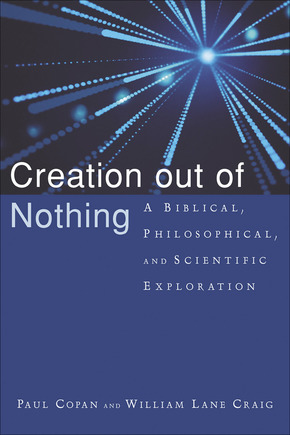 "A welcome contribution. . . . This is a book that consciously bridges disciplines in the attempt to affirm the traditional Christian doctrine of creatio ex nihilo. . . . [It] is impressive in scope and admirable in its scholarship."--Terry J. Wright, Heythrop Journal

Creation out of Nothing provides a full-fledged exploration of the doctrine of creatio ex nihilo (creation out of nothing) that focuses on biblical, theological, extrabiblical, philosophical, and scientific support for the doctrine.

The book begins with a statement about the significance of creatio ex nihilo that clearly defines what is meant (and what is not meant) by the concept. The doctrine is discussed within the context of the Old and New Testaments and extrabiblical material. The book includes discussions of the philosophical issues of creation versus conservation and the finite versus infinite past before addressing the scientific confirmation of creatio ex nihilo.

"Few classical Christian doctrines have been subjected to as much criticism in the past two hundred years as the claim that God created the world 'out of nothing.' In this brilliant book, Copan and Craig rehabilitate the doctrine. With wide learning--the authors pass skillfully among biblical, philosophical, theological, and scientific issues--and carefully constructed arguments, the authors clearly show that creation out of nothing can be defended against its critics. They also compellingly show why the doctrine is essential to believing Christians. I recommend this badly needed book with great enthusiasm." --Stephen T. Davis, Russell K. Pitzer Professor of Philosophy, Claremont McKenna College

"Takes a look at the various approaches on [the question of ex nihilo creation] and comes away with a clear word on the matter. . . . Copan and Craig dive into one of the tough questions facing anyone trying to make sense of the world. . . . While this particular question may not arise in every conversation, this book will help with a well reasoned response when someone wonders 'how did it all begin.'"--Daniel Schobert, Creation Research Society

"A well-arranged tour de force on creatio ex nihilo, the classical Christian doctrine of creation out of nothing. Resurrecting what theologians had neglected, Copan and Craig present the biblical, philosophical and scientific support that underpin this doctrine."--Science & Theology News

"In Creation out of Nothing, Paul Copan and William Lane Craig have written an outstanding guide to this doctrine that belongs in the personal library of anyone who cares about the foundations of his or her faith. Replying to those who have argued that creation ex nihilo is not biblical and that the idea was imported late into Christian theology, Copan and Craig make a compelling case that the Bible teaches unmistakably that only God Himself is eternal (eternality is an essential aspect of His nature) and all else that exists depends on God for its origin and being. . . . This book is well-written, but while the prose is lucid, the issues raised are profoundly difficult. Don't expect to be able to read it while watching an NFL game, but do expect to be amply rewarded with a much better grasp of a foundational Christian doctrine."--Paul A. Nelson, Christian Research Journal

"[Copan and Craig] offer a credible defense of the essential tenet of creation from nothing. The interdisciplinary nature of the book increases its intellectual importance and value. . . . Those with a serious interest in doctrine and apologetics will find much of interest and value here."--Patrick Richmond, England on Sunday

"A book of great scholarship, addressing biblical, historical, philosophical and scientific aspects of the subject. The result is a major contribution that combines clarity, rigour, and originality. . . . Cosmological thinking over the past century is incisively reviewed. . . . 'Creation out of nothing' is a biblical teaching that confronts a pervasive spiritual blindness in our own culture. We need to know the doctrine and we need to be able to handle it well in our witness to others. This book will help us do that. Although it is demanding on its readers, it deserves to be widely read--and don't forget to give copies to any Christian young people with an interest in cosmology!"--David J. Tyler, Evangelicals Now

"Lively and clearly written. . . . I would recommend this book to anyone who cares to know what the best and most up-to-date evangelical Christian scholarship has to say about the biblical doctrine of creation, or who wants to think carefully about the case for, and the philosophical implications of, creation ex nihilo."--Wes Morriston, Religious Studies

"A welcome contribution to the body of literature devoted ostensibly to matters both theological and scientific, though it ought not to be compartmentalized quite so unreservedly. The subtitle--A Biblical, Philosophical, and Scientific Exploration--indicates that this is a book that consciously bridges disciplines in the attempt to affirm the traditional Christian doctrine of creatio ex nihilo. Accordingly, the authors offer not so much an exploration of the doctrine as a thorough defence. . . . This book is impressive in scope and admirable in its scholarship. . . . This book deserves acknowledgment in future discussions of its subject matter; certainly, the reader-like earlier chapters should prove particularly useful in those of an apologetic nature."--Terry J. Wright, Heythrop Journal

"Creation out of Nothing presents a compelling study on one of the cardinal doctrines of the Faith. . . . [It] is a worthwhile read. First, the research behind the book makes it an important starting point for anyone looking to investigate the doctrine more thoroughly. The indexes, both subject and Scripture, along with the copious footnotes, will ease the research work. Second, the authors take great care in their handling of the evidence and in the tone of their presentation. You will not find straw-man or ad hominem arguments here. Third, the authors are to be commended for addressing the three major lines of evidence on this topic, Scripture, philosophy, and science. The interdisciplinary approach of the book will allow for greater conversation between scholars in those respective disciplines--a conversation that should be taking place more often, especially on our Christian campuses. . . . If it is true that as the foundation goes, so goes the structure, then Christian leaders should consider this text as a plumb line to help them evaluate the straightness of their foundation on this key doctrine."--Stephen Vantassel, Emmaus Journal

"Creation out of Nothing systematically examines the doctrine of creation ex nihilo from the biblical, philosophical, and scientific perspectives. The authors develop a strong cumulative case for the doctrine while taking care to respond to the critics of that viewpoint."--William D. Barrick, Master's Seminary Journal