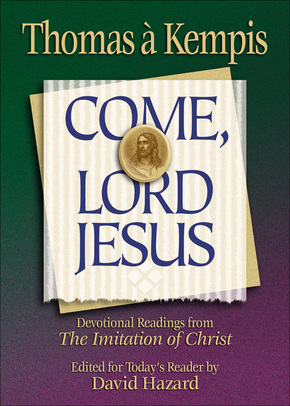 Late in the fourteenth century, Thomas Ã  Kempis joined a powerful spiritual movement sweeping Europe that was known as "The Brothers of the Common Life." While plagues devastated the population and turmoil tore apart the Church, the Holy Spirit moved across the continent among everyday people, bringing thousands together in small communities to recreate the communal life of the early believers. In this setting, Thomas lived a life of deep prayer, devotion, and service to God.

It was the passion of his writing that galvanized the dramatic reform movement, all but saving the spiritual fire of Christianity in his own time. After the Bible, The Imitation of Christ is said to be the most widely read spiritual book of the world. It has helped countless believers to experience the living Spirit of Jesus Christ--like a living flame in the soul's depths.

David Hazard has arranged the words and thoughts of Thomas Ã  Kempis into a forty-day devotional to help you meet Jesus in the quiet sanctuary of your soul, and carry Him into the traffic and noise and challenge of today's world--with you and in you--so the world may hear the voice and know the graceful beauty of the living Lord.