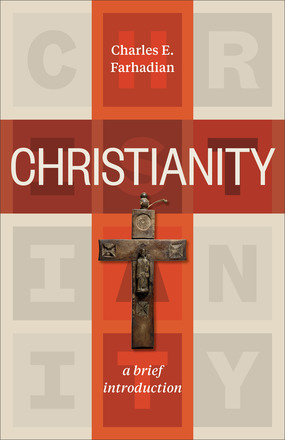 An expert on world religions provides a compelling look into the shape and movement of Christianity's past, present, and future. Charles Farhadian accounts for the cultural, social, and theological issues that have shaped Christianity worldwide as he describes the distinctives of the world's largest religion. Addressing the global nature of Christianity without focusing exclusively on that topic, this supplementary text could serve in a variety of courses across the curriculum and is written to be useable in either Christian or secular settings.

"In an era when increasing numbers of people claim no religion, Charles Farhadian's introduction to Christianity is timely and important. This useful volume reflects the author's deep knowledge of Christian traditions, which is born out of decades of research and teaching all over the world. I recommend this book very highly as a guide both for beginners and for those seeking new insights about Christianity as a worldwide, multicultural faith."

"In this introduction to Christianity, Farhadian provides the valuable service of approaching his own faith through the questions asked by non-Christians and post-Christians. He presents Christianity as a movement, which frees him from essentializing and allows him to focus on its geographical, cultural, and doctrinal broadening throughout history. His focus on Christians and their history, diversity, beliefs, practices, and future makes this book accessible to all who are interested in the intersection of religion and humanity. While aimed at those whose encounter with Christianity is new or those for whom Christianity is known only as a cultural relic, this book offers an objectivity and sensitivity that will serve well Christian college students embarking on their first academic study of their own religion."

"This is an accessible, engaging, and informative book about Christianity. It will appeal to Christians and those of other faiths or none with its careful scholarship and wide-angle approach to the Christian story. I particularly appreciated the situating of Christianity in its global context from the beginning."