Christian Doctrine and the Old Testament

Theology in the Service of Biblical Exegesis

by: Gary A. Anderson 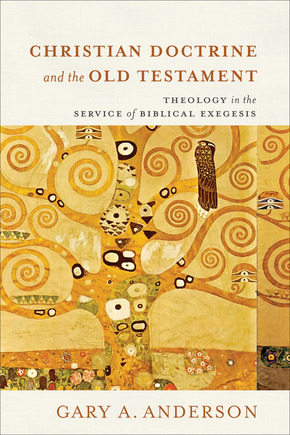 The Old Testament offers a rich palette of ideas, images, and narratives that help us unpack some of the more compact and opaque theological ideas of the New Testament. In conversation with both Christian and Jewish interpreters, prominent scholar Gary Anderson explores the exegetical background of key Christian doctrines. Through a deeper reading of our two-Testament Bible, he illustrates that Christian doctrines have an organic connection to biblical texts and that doctrine can clarify meanings in the text that are foreign to modern, Western readers. Anderson traces the development of doctrine through the history of interpretation, discussing controversial topics such as the fall of man, creation out of nothing, the treasury of merit, and the veneration of Mary along the way. He demonstrates that church doctrines are more clearly grounded in Scripture than modern biblical scholarship has often supposed and that the Bible can define and elaborate the content of these doctrines.

Introduction
Part 1: "Who Is a God Like You?"
1. Apophatic Theology: The Transcendence of God and the Story of Nadab and Abihu
2. The Impassibility of God: Moses, Jonah, and the Theo-Drama of Intercessory Prayer
Part 2: "In the Beginning"
3. Creation: Creatio ex Nihilo and the Bible
4. Original Sin: The Fall of Humanity and the Golden Calf
5. Election: The Beloved Son in Genesis and the Gospels
Part 3: "The Word Became Flesh"
6. Christology: The Incarnation and the Temple
7. Mariology: The Mother of God and the Temple
8. Christology: Tobit as Righteous Sufferer
Part 4: "Conformed to the Image of His Son"
9. The Treasury of Merits: Faith and Works in the Biblical Tradition
10. Purgatory: Sanctification in This Life and the Next
Epilogue
Indexes

"Gary Anderson is a rare creature among biblical scholars. A savant of the historical-critical method and a serious student of theology, he is also at home in the history of biblical interpretation. All three skills are on display in Christian Doctrine and the Old Testament, and readers will delight in tracking Anderson's march through the Scriptures with high theological concepts in hand. There is a freshness and originality here that few biblical scholars can match."

"In this profound and engaging volume, one of the keenest theological minds of our time explores the Old Testament foundations of major Christian doctrines with great respect both for Judaism and for the original context of the Scriptures he discusses. The book is a rarity in scholarship and a major achievement from which anyone with an interest in Christian theology or the Old Testament can profit."

"Creative, profound, even startling, these studies by Anderson open up fresh vistas for reading the Old Testament through the resources both of Jewish tradition and of historic Christian theology. A game-changing work of scholarship."

"Modern biblical criticism has frequently sought to drive a wedge between historic Christian doctrine, especially Catholic doctrine, and the right reading of the Bible. Here Gary Anderson does more than show that rigorous critical exegesis and Christian doctrine can get along together, important as this is. His splendid achievement is to show, in one case after another, that a nuanced grasp of Christian doctrine actually enables us to read the Bible better than we otherwise could."

"Whether locating Mary in the Old Testament or seeing types of Christ in Genesis or Tobit, unlocking unexpected biblical dynamics of merit or uncovering unexpected hints of purgatory, this is radical work from a biblical scholar and theological master provocateur. For Anderson, the key to the biblical text lies in recognizing how it is that the Jewish Bible continues to function as Scripture for Christian readers ever since antiquity. Doctrine, he claims, has an uncanny way of unlocking exegesis. Allow yourself to be provoked!"

"Part of Anderson's genius, along with a commanding prose style, is his generous capacity to mediate the best of a number of voices from different traditions. 'Sheol' is explained according to Levenson, Genesis 1:2 is made clear through Isaiah 60:19-20 according to Zakovitch, and ideas of figuration are set forth according to Seitz on Isaiah. But there is more--a calm, reasoned, yet strong voice that pursues an insistent theme: theology in the service of exegesis is the handmaiden to the apostolic foundations of the church's faith and, behind that, Israel's. As he himself puts it, 'Jesus cannot speak in persona Israel if there is no vox Israel to assume!' After reading these essays, one feels better informed, better encouraged, simply better."

"Gary Anderson has long been among the preeminent Catholic biblical scholars in the world. Yet, if I am allowed to rephrase 1 Samuel, is Anderson also among the theologians? This sparkling book shows that the answer is a resounding yes, and Anderson is such precisely through his historical-critical exegetical mastery, enhanced by wide reading in the theological tradition. Here Catholic theologians can rediscover how the Old Testament, interpreted with deep sensitivity to its original contexts and meanings, should--and indeed must--function in Christian theological reasoning. Anderson luminously displays what it means to affirm that Scripture, and thus scriptural exegesis, is the soul of theology."

"Wow, Gary Anderson thinks that the Old Testament may help us understand Christian doctrine, and vice versa! What a marvelous series of studies, full of connections one hadn't made before and full of informative footnotes!"

"In this deeply learned yet surprisingly accessible book, Anderson creates a dialogue between what many regard as incompatible pursuits: the close reading of biblical texts in their ancient settings and postbiblical theological discourse. He shows that biblical exegesis and the study of Christian doctrine, pursued with honesty and without preconceptions, can enlighten, enliven, and deepen each other. This book encourages dialogue in another important way: Anderson attends to doctrines of particular interest to Catholics, but he constantly draws on Protestant and Jewish thinkers. Anderson's catholicity of reading grounds and enhances his Catholicity in belief, even as both allow him to teach us Jews a good deal of torah."

"Christine doctrine and the Old Testament is a topic on which few scholars write well. Often the simplistic nature of the interpretative models is as much cause for worry as for anything else. Not so in the case of Gary Anderson. Anderson's work is rich, wise, and theologically deep. He neither skates across the surface of the biblical texts nor gets down too far in the weeds. Instead, he weaves together exegetical insights with history and doctrine in a way that elucidates the inseparable intersection between biblical interpretation and ecclesial reasoning."

"Anderson's fine book is a particular and a particularly important instance in the ongoing, seemingly insoluble tension between historical-critical and canonical-theological readings of Scripture. . . . In each chapter Anderson takes up a specific Christian doctrine and shows in an imaginative way both how the particular doctrine aids us in reading Scripture afresh, and how the Old Testament illuminates and enriches our doctrinal understanding. Anderson brings immense gifts to his task because he is a master of historical-critical matters and is deeply grounded in Roman Catholic faith with a firm grasp of patristic interpretation. In these several studies he manages at the same time to respect the claims of the Old Testament in a way that takes Jewish interpretive tradition seriously and freely engages in figurative reading that receives support in patristic reading. . . . Anderson's book is a summons to new work that requires new competences. It teems with traces and hints of work yet to come that will awaken us from our 'dogmatic slumbers,' as well as our critical slumbers."

"In this substantial work, Anderson . . . brings together Christian doctrine and the OT in fruitful dialogue. . . . Anderson devotes each chapter of the book to a particular doctrine . . . and demonstrates not only how it illumines the authorial intention of the OT passages but also how the doctrine itself can be more fruitfully understood when considered in light of those texts. Those who seek to appreciate more fully the rich and essential relationship between Scripture and doctrine will find this a thoughtful, well-presented work."

"[Anderson] has offered the church an incredible example of how the worlds of biblical exegesis, theology, and historical theology work better when they are married than when they are divorced. . . . Throughout the book, Anderson hopes to provide clarity to the biblical text by giving the Church's theology a place at the exegetical table. Though this book is decidedly Catholic, it can and should be read by seminary and advanced undergraduate students of all traditions who are studying the art of faithfully interpreting Scripture. I also recommend this book to pastors who preach weekly but fear taking their congregation into the Old Testament. Anderson reveals, through each of these essays, that the Old Testament is vital for deepening our understanding of Christ and, so, Christian theology."

"The relationship between theology and biblical studies is fraught with misunderstanding. . . . There's something humbling--perhaps even startling, sadly, because it's so rare--in a serious theologian rolling up his sleeves and doing meaningful exegetical work informed by theology and the tradition, which so obviously affects not only the scholar's career, but their personal faith as well. Gary Anderson . . . is such a scholar and Christian. . . . Anderson writes clearly and intelligibly while also reminding the reader that serious reading of the Bible theologically is a 'demanding enterprise' and reminds the nontheological reader of the benefits of 'having some theological sophistication.' In fact, the most startling and welcome aspect of this book for me was how this collection of essays read much more like extended devotionals and meditations than a scholarly précis. . . . Anderson has given readers a treat in his careful theological exposition of the scriptures."

"Fascinating. . . . [This book] is well-written and intellectually engaging. Anderson is a brilliant thinker and his work suggests decades of thoughtful reflection. Anderson will make you think long and hard about theological topics that you thought you knew front and back. For sure, many readers will leave Christian Doctrine and the Old Testament unsatisfied with its sometimes-reaching conclusions. However, forfeiting engagement with a thinker like Anderson is not worth passing this volume up if you are interested in biblical interpretation or the Old Testament and its place in the Church today."