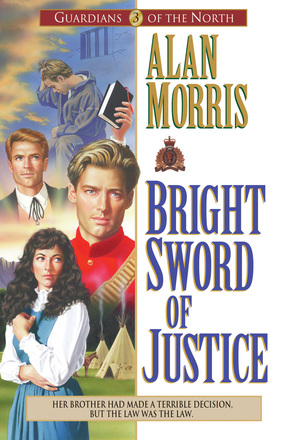 Is He a Victim of Circumstances, or as Guilty as the Evidence Is Strong?

The trail of a violent gang leads Hunter Stone and the North-West Mounted Police to the Blackfood Indian village where Reena O'Donnell works as a missionary. There they find a mysterious person who claims to know where the killers are. Hunter also discovers that a new missionary has arrived in the Territory who is obviously captivated by the beautiful Reena.

The Reverend Jack Sheffield is an idealistic seminary graduate who holds lofty expectations for the area. While he and Reena differ sharply over mission policy, Sheffield is deeply attracted to her.

When the Mounties clash with the gang and capture three of the men, to Reena's horror one of the outlaws turns out to be her younger brother, Liam. Reena begs Hunter to let her brother go, believing him to be a victim of circumstances, but Hunter flatly refuses to compromise on his commitment to carrying out justice, even if it means the loss of Reena.

Will truth prevail for her brother? And to which man will Reena's affections lead?