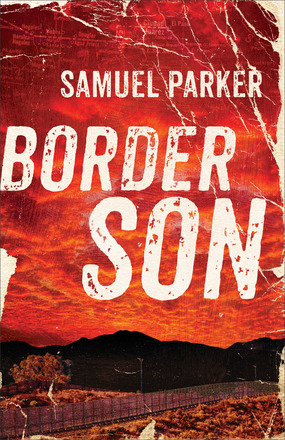 "This is a story that will stay with the reader long after the last page."--Lynette Eason, bestselling author of the Blue Justice series


It's been years since Edward Kazmierski has seen his wayward son, or even allowed thoughts of him to enter his mind. The last place he knew Tyler to be was in an El Paso jail six years ago. Then, in one day, he receives a cryptic phone call from a woman that his son needs him, another from a federal agent searching for Tyler, and a terrifying visit from the Mexican cartel. The chain of events set into motion by one impulsive act will almost certainly lead to death--for Tyler and for those who try to help him. But before Ed can recover his son, he will have to tear down the wall that has been built up between them.

The dangerous streets of a Mexican border town come into sharp focus in a suspenseful retelling of the Prodigal Son story like you have never heard before.


Praise for the novels of Samuel Parker

"A chilling thriller."--Booklist on Coldwater


Samuel Parker is the author of Purgatory Road, named one of Library Journal's Best Books of 2017, and Coldwater. Born in Michigan, he was raised on a never-ending road trip through the US.

"A dark, gritty story takes the reader on a journey to the other side where light banishes the darkness and good triumphs over evil. A father learns his criminal son, who made all the wrong choices in life, is in danger and swoops in for the rescue, searching diligently until he finds him, then risks his own life to save him. Clearly allegorical, this is a story that will stay with the reader long after the last page."

"Parker, who also wrote the excellent Purgatory Road, has a real knack for creating fully realized characters and putting them into situations that force them to act in unexpected ways."--Booklist

"Parker has an exceptional talent for drawing out the suspense."--Killer Nashville

"Not for the faint of heart, Purgatory Road is a compelling story that suspense fans are sure to love."--Bookpage

"This is a skillfully written, gripping thriller, well supported by the author's fine eye for setting and ear for dialogue."--Booklist

"In a voice that is as hypnotizing as a desert mirage, debut novelist Samuel Parker entices readers down a dangerous road, where the forces of good and evil are as crushing as the Mojave heat. This is suspense in its purest, most unfiltered form."--Fresh Fiction