A Creationist Assessment of Human Fossils 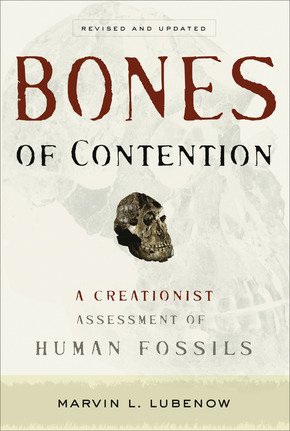 When it comes to human evolution, only the fossils tell the real story.

With over thirty-five years of research in the areas of creationism and evolutionism, Professor Marvin Lubenow seeks to disprove both the philosophical and scientific untruths in the theory of human evolution.

"This is the most complete and accurate critique of the fossils of the so-called 'ape-men.' The myth of human evolution is completely demolished. The last chapter repudiating the compromising views of many modern evangelicals on this subject, is illuminating. Lubenow has made an invaluable contribution to scientific biblical creationism."--Henry M. Morris, president, Institute for Creation Research

"On the question of biological, especially human, origins, Lubenow is not content to merely quote biblical theory (if I may use that word). Like a true scholar he reasearches in depth the literature in the scientific journals, sifting the evidence, searching out the areas open to interpretation. . . . He does his homework so thoroughly that he makes someone like me who would carry on a dialogue with him (as we did on creationism vs. Darwinism) also do his homework. . . . He is a pleasure to fence with intellectually."--Michael Charney, emeritus professor of anthropology, affiliate professor of zoology, Colorado State University

"Ever since my 9th grade science teacher showed our class fossils of the 'missing links,' I have wished for a book like this. Bones of Contention is factual, scientific, accurate, and exposes the current frauds the evolutionists are using to deceive yet another generation of young people that somehow evolution is a fact. This book is well written, timely, and interesting to read. Lubenow's revised edition is even better than the first."--Tim LaHaye, coauthor, the Left Behind series