Back Roads to Bliss 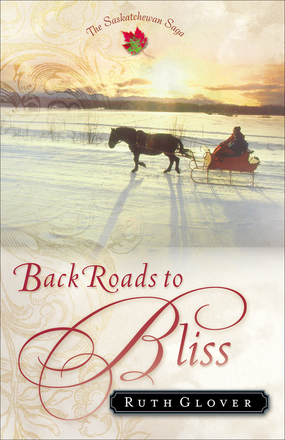 For one act of youthful rebellion, Allison is banished from a life of privilege to the wildest reaches of the British Empire.

§ Allison Middleton has only ever known a life befitting the daughter of a rich Englishman. Accustomed to being waited on hand and foot, Allie is shocked when she is unable to wriggle her way out of the mess she's made by attempting to elope, and further alarmed when she learns her fate-banishment from hearth and home forever to an unknown land. Secretly, though, Allie thrills to think of the freedom she will have in the Canadian Territories, far from the reaches of her stuffy parents and their suffocating social mores. But as she crosses the ocean to her new home, she becomes more fearful of what lies ahead-and for good reason. Betrayed and abandoned, Allie must make her own way in a bold and brash world. Will she find the home her heart longs for?

§ Molly Morrison has loved Parker Jones for as long as she can remember, so why is it taking the young parson so long to marry her? Devoted and true, Molly would gladly make her home in the Saskatchewan bush with her humble suitor, living in a sod house and subsisting on beans and bannock, if she needed to! Now all she has to do is convince Parker. Will another setback derail their plans for good?

An irresistible story about the homegrown daughters and sons-and newcomers-of a place carved out of the True North's wilderness-a place called Bliss.