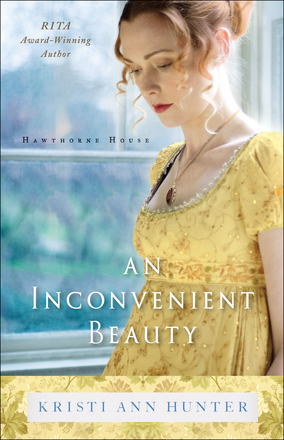 "The latest, superb addition to Hunter's Hawthorne House series will delight fans of sweet, inspirational Regency romances with its compelling characters and flawlessly crafted setting."--Booklist on An Uncommon Courtship

Griffith, Duke of Riverton, likes order, logic, and control, so he naturally applies this rational approach to his search for a bride. While he's certain Miss Frederica St. Claire is the perfect wife for him, she is strangely elusive, and he can't seem to stop running into her stunningly beautiful cousin, Miss Isabella Breckenridge.

Isabella should be enjoying her society debut, but with her family in difficult circumstances, she has no choice but to agree to a bargain that puts her at odds with all her romantic hopes--as well as her conscience. And the more she comes to know Griffith, the more she regrets the unpleasant obligation that prevents her from any dream of a future with him.

As all Griffith's and Isabella's long-held expectations are shaken to the core, can they set aside their pride and fear long enough to claim a happily-ever-after?

"With the latest superbly written installment in her Hawthorne House series, RITA award-winning Hunter once again proves she has the key to inspirational-romance and traditional-Regency readers' hearts as she gifts them with another gracefully executed love story that delivers all of the richly nuanced characters, impeccably researched historical plotting, and sweet romance they could ever crave."

"The final book in the Hawthorne House series brings Hunter's saga to a sigh-worthy conclusion. These family members have become like real people, and although readers will celebrate that the characters have found love, it is bittersweet to say goodbye. The plot moves briskly, yet the romance never feels forced. The period details are, as always, charming, and entrench the reader in the culture and traditions of the era."

"Hunter's final installment in the Hawthorne House series will delight those already invested in the series as well as any reader who enjoys stories set in Regency-era England. . . . As the London Season plays out, secrets are revealed, past loves return, and hearts align--despite a fair amount of underhanded conniving--to create a fitting finale to the series and a lovely addition to the Regency genre."

"Hunter's final book in the Hawthorne House series (after An Uncommon Courtship) is Regency romance at its best, capturing the social pressures placed on both men and women of the time. Her characters play off each other and the societal rules, resulting in a feverish story line that keeps the pages turning. A must for Hunter fans."