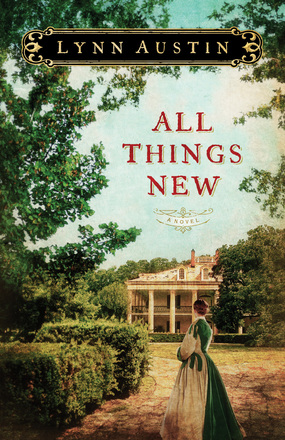 The war is over. The South has lost.


Josephine Weatherly struggles to pick up the pieces of her life when her family returns to their Virginia plantation. But the realities of life after the war cannot be denied: her home and land are but a shell of their previous grandeur; death has claimed her father and brother; and her remaining brother, Daniel, has returned home bitter and broken.

Her life of privilege, a long-ago dream.


Josephine soon realizes that life is now a matter of daily survival--and recognizes that Lizzie, as one of the few remaining servants, is the one she must rely on to teach her all she needs to know. Josephine's mother, too, vows to rebuild White Oak--but a bitter hatred fuels her.

Can hope--and a battered faith in God--survive amid the devastation?


In her bestselling tradition, Lynn Austin brings to life the difficult years of Reconstruction by interweaving the stories of three women--daughter, mother, and freed slave--in a riveting tale.

Seven-time Christy winner Austin (Wonderland Creek) deftly weaves this story about the Reconstruction era. Strong heroines with depth make this a sure bet not only for CF fans, but mainstream fiction readers as well. Recommend it to readers of Lynn Morris and Sandra Byrd.

The Reconstruction-era South is realistically recreated.