Adam, the Fall, and Original Sin 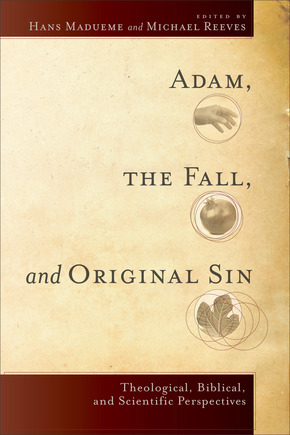 The Christian doctrines of original sin and the historical fall of Adam have been in retreat since the rise of modernity. Here leading scholars present a theological, biblical, and scientific case for the necessity of belief in original sin and the historicity of Adam and Eve in response to contemporary challenges. Representing various Christian traditions, the contributors shed light on recent debates as they present the traditional doctrine of original sin as orthodox, evangelical, and the most theologically mature and cogent synthesis of the biblical witness. This fresh look at a heated topic in evangelical circles will appeal to professors, students, and readers interested in the creation-evolution debate.

"The doctrine of original sin has been understood in somewhat different ways by different groups in the history of the church. This collection of essays clarifies these debates and exposes their pastoral relevance. More importantly, it also sketches in how thoughtful Christians wrestle with contemporary scientific claims that rule out both a historical Adam and fall. The volume does not pretend to answer all the challenges, but for candor, faithfulness, and clarity on these topics, it holds pride of place."

"Madueme and Reeves have brought together a clearly reasoned set of essays in a volume that seeks to shore up traditional, orthodox accounts of original sin. They do not shrink from the complex difficulties this doctrine raises for contemporary theological and scientific accounts of human origins. And even if readers disagree with specific conclusions the authors reach, they will still learn much from this fair-minded, conservative evangelical work."

"This is a long-overdue book on a crucial flash point in evangelical faith and theology: the sin that dare not speak its name ('original'). The structure is clearly laid out, making it an appealing choice in various kinds of Bible college and seminary classes. Indeed, I suspect it will become a popular textbook in a number of evangelical institutions."

"Traditional accounts of Adam and original sin face both legitimate challenges and scathing attacks today. In response, we need to move beyond polemics returned in kind, returning to Scripture afresh for dogmatic renewal. For the most part, this volume contributes admirably to that effort. Naturally these essays cannot address every important question or represent every possible response. But this collection does identify key issues and contribute new insights, so I learned much from reading it."

"In the current debates over the authority of the Bible and the truth of the Christian faith, the historicity of Adam and the fall has taken a prominent role. These doctrines have been challenged by some scientific theories, and some theologians have (as often before) been caught up in an unseemly scramble to keep up with them. But if we abandon the Christian belief that we fell in Adam, by what right do we maintain that we are saved in Christ? These doctrines are 'threads in a seamless garment,' in the felicitous words of Madueme and Reeves, editors of Adam, the Fall, and Original Sin. They and the other authors of this book speak with real cogency about these matters, giving their readers a substantial basis for assurance that Adam really existed, that we fell in him, and that we can trust in Jesus to undo what Adam did."

"Both on the biblical surface and in the Christian tradition, the historical existence of Adam and the entry of sin into the world through him are taught or assumed. This volume demonstrates that these are not merely surface appearances and cannot simply be consigned to tradition. Aimed at a Protestant evangelical readership and those who would surrender these beliefs, the book persuasively argues that we should not demur from the traditional interpretation of Scripture. Whatever readers make of the detail of the arguments presented in this volume, they will come away sobered by the sense of what is at stake."

"Adam, the Fall, and Original Sin is a brave book. . . . [Madueme and Reeves], along with a well-respected team of evangelical scholars spanning several disciplines, have put their heads together and delivered a wide-ranging volume that aims to tackle the tough questions head on. The result is a robust restatement of the historicity of Adam, the reality of the fall, and the fact of original sin. . . . There is much to appreciate in Adam, the Fall, and Original Sin. . . . If [readers are hoping for] a detailed response to the strongest alternative proposals, complete with a scientifically and theologically coherent synthesis, then they should probably look elsewhere. But if it is a historically and exegetically grounded defense of the historicity of Adam and the fall, with some solid chapters and some occasionally sparkling exegesis, they will be well served."

"This is a valuable book and I would hope it appears on the reading list of Bible scholars. . . . [The editors] have deliberately brought together writers from a range of traditions and theological backgrounds who together give strength to this project. . . . However, the unity in this project is well established and provides a forceful challenge to the increasing number of Bible scholars who are dismissive of the thesis that the Bible is recording historical events and fundamental truths in the early chapters of Genesis. . . . The volume is very readable and extremely helpful. . . . I strongly recommend [this book] to any who are involved with the doctrines of creation and the fall."

"A substantial volume. . . . Each of the chapters provides in-depth scholarship from an expert in the field. . . . Madueme and Reeves's work is masterfully composed and should be widely read for both its depth and its breadth. Rarely will students and scholars find a work of such breadth without shallow content, or likewise depth without obscure substance; this work avoids both pitfalls and will no doubt be the subject of much conversation in the years to come."

"The essays in this volume are timely and much needed in contemporary discussion on the historicity of Adam."

"Following in the wake of controversies over the necessity of an historical Adam, the book provides scholarly and pastoral dialogue on the historicity of Adam and Eve and the doctrines of the Fall and original sin. . . . While thoroughly academic, Adam, the Fall, and Original Sin is an accessible delineation of many of the questions and challenges raised against the doctrine of original sin. Pastors, students, professors, and church members will find themselves able to navigate the thoughtful essays contained in the volume."

"Contributors from a wide range of specializations in biblical studies, and one anthropologist, come together to present a powerful argument in favor of the historical Adam and Original Sin. . . . Many times, defenses of a historical understanding of the first chapters of Genesis are written by people who have dedicated their careers to specializing in creation apologetics--and, many times, these are people with scientific, not biblical studies, specializations. So one advantage of this book is that it is written by people who come from a broader range of backgrounds, as professors, pastors, and Bible translators. As such, they can testify to the importance of biblical creation in their contexts. . . . This is a book that creationists can read profitably. I was personally encouraged and informed by many of the chapters."