A Woman of Words 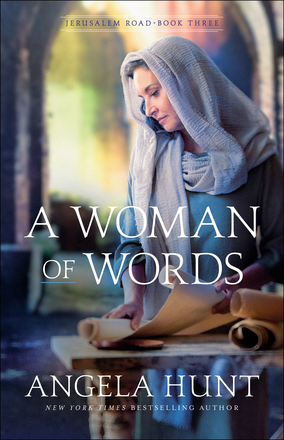 Could the Greatest Calling of Their Lives Still Be Ahead of Them?

Mary, mother of Yeshua, is nearing sixty, and though she still delights in serving alongside the disciples, she has begun to feel her age and experience fading memories. She feels compelled to record the stories of Yeshua's life while the eyewitnesses are still alive.

The disciple Matthew is overjoyed to join Peter, James, and John in Jerusalem. He dreams of preaching but is disheartened when he learns the other disciples prize his skills as a bookkeeper more than his teaching ability. He is further dismayed when Yeshua's mother asks him to help her compose a manuscript. He agrees, yet their differing visions cause friction between them from the start.

As word of their work spreads throughout Jerusalem, they face pressure from both friends and foes, and when the Roman emperor turns an angry eye toward the Holy City, Mary, Matthew, and the believers must endure an unimaginable test of faith.