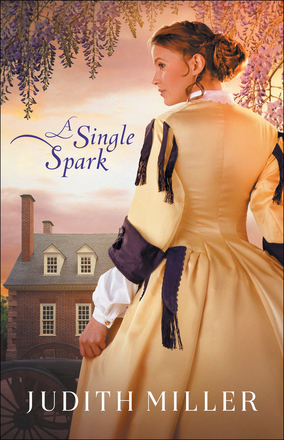 "Miller is compelling as ever, both in audience appeal and the quality of her writing as she creates down-to-earth characters to give this historical treasure a simultaneously new and familiar feel."--Booklist on A Perfect Silhouette

Wanting to do her part in the war effort, Clara McBride goes to work in the cartridge room at the Washington Arsenal, the city's main site for the production and storing of munitions. She's given the opportunity to train new employees, and all seems to be going well--especially when one of the supervisors shows interest in her.

Lieutenant Joseph Brady is an injured Union Army officer who, no longer able to lead troops into battle, has been assigned a supervisory position at the Washington Arsenal. While Clara has caught his eye, he makes it his mission to fight for increased measures to prevent the mysterious explosions that have destroyed other such factories.

But when rumors of espionage ensue after multiple shipments of cartridges from their factory fail to fire, everyone is suspect for sabotage. Can the spark of love between Joseph and Clara survive?