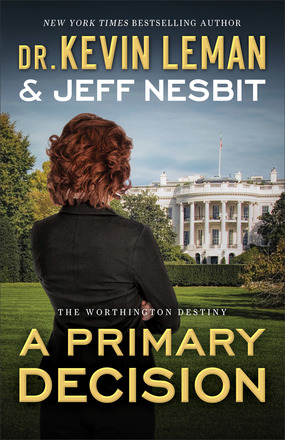 The road to power and position is fraught with perils, even for a Worthington.
But Sarah does not intend to lose.

Sarah Worthington never expected to become the US attorney general--at least not this early in her career. Plunged into the vicious vetting process, with all sides digging for secrets in her family closet, she steels herself for the path forward. Nothing will deter her from making her mark on the world in the biggest way possible--even if that means prosecuting the current president of the United States.

Yet powerful forces conspire behind the scenes to take the Worthington family down, and the president orders her to close the investigation. Will she comply? Or turn the tables to pursue her ultimate dream--the US presidency?


Dr. Kevin Leman, the New York Times bestselling author of more than 50 books, including The Birth Order Book, has made thousands of house calls for Fox & Friends, The View, Today, Morning in America, CBS's The Early Show, The 700 Club, CNN, and Good Morning America.

Jeff Nesbit, a former senior communications official at the White House and former director of public affairs for two prominent federal science agencies, is a strategic communications advisor and the author of 25 novels. The executive director of Climate Nexus, he also writes At the Edge, a weekly column for U.S. News & World Report.