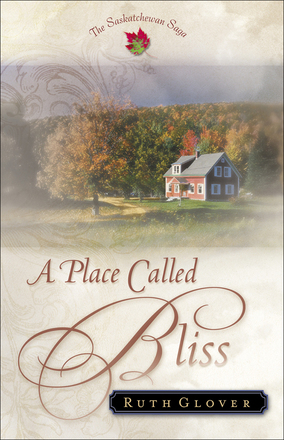 One's blood stirs at the pounding thunder of buffalo hooves; the other's thrills to the sound of tinkling crystal and rustling taffeta.

Mary Morrison: Simple, devoted, and true, Mary dreams of leaving servitude in Scotland for equal footing in a land of freedom. She and her husband, Angus, set their hopes on a place called Bliss, a frontier town in the wilds of Saskatchewan.

Sophia Galloway: Born to nobility and married to affluence, Sophia wants for nothing, save an heir for the Galloway name. When she becomes pregnant, all her hopes and dreams rest on her baby's future. Sophia and her husband, Hugh, both restless for a new challenge, embark on a journey to Canada where they are sure to be scions of Toronto society.

To both the Morrisons and the Galloways, Canada beckons with the promise of opportunity. Once there, Mary and Sophia go their separate ways, one to conquer elite society and one to conquer the unrelenting wilds of the bush country. Yet they share an unknown secret, a commonality so compelling it will bind them together the rest of their lives.

"A vivid, realistic visit to an earlier time. Ruth Glover has filled A Place Called Bliss with authentic details of life during the settling of the Canadian bush country. She has counter-balanced harsh realities of pioneer life with the graphic beauties of the north country and a cast of kindly, charming characters. One woman's secret will keep readers in suspense to the end." --Elyse Larson, author of For Such a Time

"Ruth Glover's A Place Called Bliss is a sweet, heartwarming, and frequently poignant tale of four Scotswomen who immigrate to Canada in the late 1800s. The first in a three-part series, A Place Called Bliss provides readers with a fascinating glimpse into Canadian pioneer life." --Kathleen Morgan, author of Daughter of Joy and Woman of Grace

"Ruth Glover's A Place Called Bliss is a winsome tale set in the late 19th century when gentry and servitude prevailed. Yet the story thunders with today's heartbeat--a cry for love and freedom, and the faith and strength to find a place of one's own. Reaching the Canadian frontier comes at a high price, but the spirited characters with a Scotish brogue will delight you, and the twists and turns in the story surprise you." --Doris Elaine Fell, author of the Sagas of a Kindred Heart series