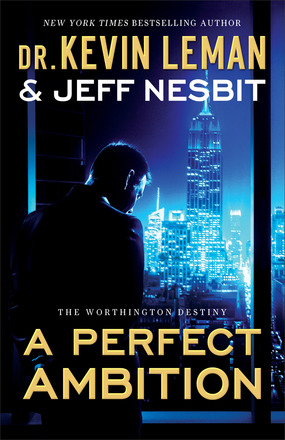 It's time for Will to forge his own path.
But the force that drives him to greatness could also destroy him--and his family.

As the firstborn son of an old and powerful family, William Jennings Worthington VI knows what it's like to be under pressure. Groomed from birth with the relentless message that he was destined for greatness, Will has always pushed himself to succeed--nearly as much as his never-satisfied financial tycoon father pushes him. Becoming CEO of the world's largest and most adventuresome oil company seems the next logical step on the success ladder. But when circumstances turn, Will finds himself staring down a road that leads to Capitol Hill. Can he trade the board room for the Senate floor? Or will family secrets keep him from his destiny?

Dr. Kevin Leman, the New York Times bestselling author of more than 50 books, including The Birth Order Book and Born to Win, has made thousands of house calls for Fox & Friends, The View, Today, Bill Bennett's Morning in America, CBS's The Early Show, The 700 Club, CNN, and Good Morning America.

Jeff Nesbit, a former senior communications official at the White House and former director of public affairs for two prominent federal science agencies, is a strategic communications advisor and the author of 20 novels. He writes At the Edge, a weekly column for U.S. News & World Report.