series: Daughters of Boston, The 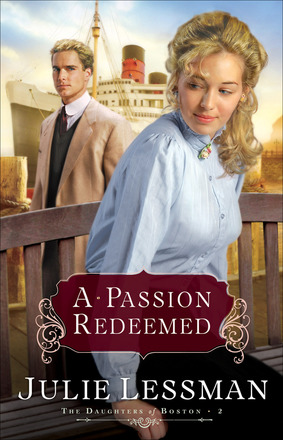 Graced with physical beauty, though shallow of heart, Charity O'Connor is a woman who knows what she wants. She sets her sights on the cantankerous Mitch Dennehy, editor at the Irish Times, who has unwittingly stolen her heart. And although the sparks are there, Mitch refuses to fan the coals of a potential relationship with his ex-fiancee's sister. But Charity has a plan to turn up the heat and she always gets what she wants--one way or another. Is revenge so sweet after all? Or will Charity get burned?

Full of intense passion, betrayal, and forgiveness, A Passion Redeemed will delight Lessman's fans and draw new ones.