A Man with a Past 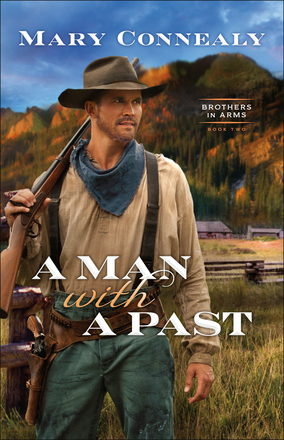 He must piece together his past if he's to have any chance at a future.

Falcon Hunt traveled west, compelled to start a new life by a surprise telegram that promised him an inheritance and a family in Wyoming. But shortly after arriving, he wakes in a river, completely unaware of who or where he is. As he tries to regain his memory, he meets two men who claim to be his half brothers and the prettiest woman in the area, Cheyenne Brewster. Only trouble is, a few flashes of memory make Falcon wonder if he's already married.

Falcon immediately draws Cheyenne's ire as he so closely resembles her no-good stepfather who swindled her out of inheriting her mother's property. But despite her resentments, she has to admit these newcomers' presence has some appeal, especially after Falcon steals a kiss.

When shootings start happening on the ranch, it's clear someone is gunning for the Hunt brothers. Falcon and Cheyenne set out to find who is behind the attacks, but it'll take all their savvy and skill to deal with their enemies and the potentially forbidden love growing between them.