A Feeling of Home 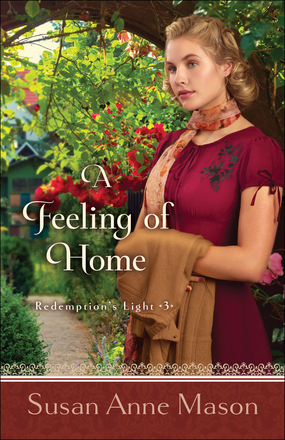 Can she set aside the pain from the past to embrace a new love?

Isabelle Wardrop's well-to-do life has completely unraveled. Within months, she's lost both her parents, her fortune, and her home. With nowhere else to turn, she and her younger sister move in with a trusted former servant in an impoverished area of the city. Desperate for work but having no qualifications, Isabelle is forced to accept help from Dr. Mark Henshaw, the very man she blames for her mother's death.

Mark Henshaw has admired Isabelle for several months, but after the tragic death of her mother, he vows to make amends for the past and help her find her way. But when Mark learns his younger brother has formed an undesirable friendship with Isabelle's sister--one that brings a whole new set of problems into their lives--he doesn't know if Isabelle will ever forgive him.

When startling developments begin to take place, both within Isabelle's heart and their siblings' relationship, her future looks very different than anything she could have imagined.

"Mason delivers a soothing WWII romance . . . and paints a rich picture of the social challenges of the era."--Publishers Weekly on To Find Her Place