A Emergent Manifesto of Hope 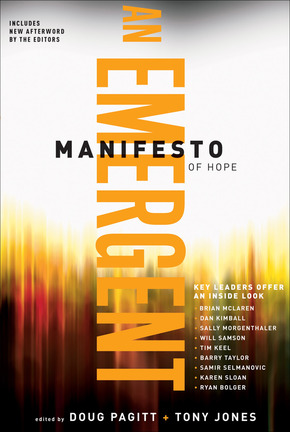 Many have heard of the emerging church, but few people feel like they have a handle on what the emerging church believes and represents. Is it a passing fad led by disenfranchised neo-evangelicals? Or is it the future of the church at large?
Now available in trade paper, An Emergent Manifesto of Hope represents a coming together of divergent voices into a conversation that pastors, students, and thoughtful Christians can now learn from and engage in. This unprecedented collection of writings includes articles by some of the most important voices in the emergent conversation, including Brian McLaren, Dan Kimball, and Sally Morgenthaler. It also introduces some lesser known but integral players representing "who's next" within the emerging church. The articles cover a broad range of topics, such as spirituality, theology, multiculturalism, postcolonialism, sex, evangelism, and many others. Anyone who wants to know what the emerging church is all about needs to start here.