A Dad's Guide to Raising a Son of Character 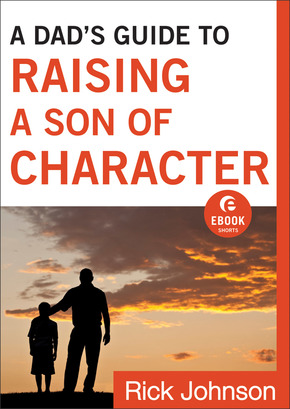 Boys have a way of becoming what you encourage them to be.

Every dad wants his son to grow into a hardworking, respectable, successful man. Every dad will meet challenges along the way as he learns to balance work and family, discipline and encouragement, hopes and disappointments, power and grace. But for every dad, raising a son of character is a noble and reachable goal.

With honesty about his own shortcomings as a father, Rick Johnson shows dads the definition of a real man, helps them forgive their own mistakes, and shows them how to guide their sons into healthy, authentic manhood that honors God and respects others.


Rick Johnson is the bestselling author of That's My Son; That's My Teenage Son; That's My Girl; Better Dads, Stronger Sons; and Becoming Your Spouse's Better Half. He is the founder of Better Dads and is a sought-after speaker at many large parenting and marriage conferences across the United States and Canada. Rick, his wife, Suzanne, and their grown children live in Oregon. To find out more about Rick Johnson, visit www.betterdads.net.