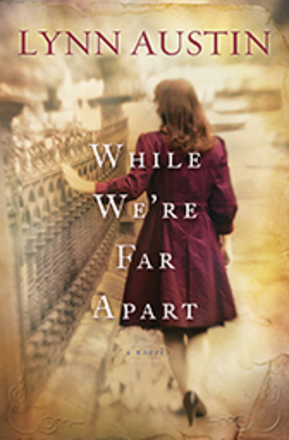 In an unassuming apartment building in Brooklyn, New York, three lives intersect as the reality of war invades each aspect of their lives. Young Esther is heartbroken when her father decides to enlist in the army shortly after the death of her mother. Penny Goodrich has been in love with Eddie Shaffer for as long as she can remember; now that Eddie's wife is dead, Penny feels she has been given a second chance and offers to care for his children in the hope that he will finally notice her and marry her after the war. And elderly Mr. Mendel, the landlord, waits for the war to end to hear what has happened to his son trapped in war-torn Hungary.

But during the long, endless wait for victory overseas, life on the home front will go from bad to worse. Yet these characters will find themselves growing and changing in ways they never expected--and ultimately discovering truths about God's love... even when He is silent.