series: Heart of the Prairie 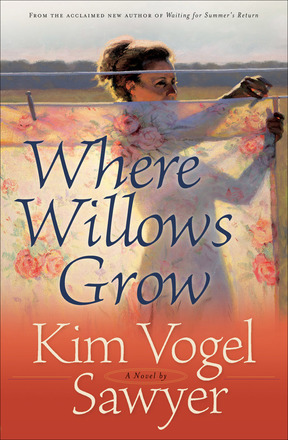 Her heart aches for his return... but is the distance between them measured by more than miles?

Anna Mae isn't sure her husband is being completely honest about his job with the Works Progress Administration. They're building a castle? In Kansas? Harley promised he'd be at the worksite only long enough to earn enough cash to keep their farm. But the money hasn't arrived, and Anna Mae fears Harley may be gone for good.

Harley Phipps has never been a man in need of luxuries, but he wants to do right by his wife and two little girls. He was about to lose all he'd worked for if he didn't do something--there was no way he could pass up the government job, even if it meant leaving his family for a while. Anna Mae was awful mad when he sold the mules, packed his bag, and headed out. If only she'd send him a short note to let him know she and the girls are all right...

"...this was a compelling story. As a mother I could really relate to Anna's anguish as she worried for her children. As a wife I could relate to the realistic portrayal of the woman left to hold house and home together....This story continues Kim Vogel Sawyer's tradition of gentle stories of hope, but it doesn't shy away from the harsh realities of life.