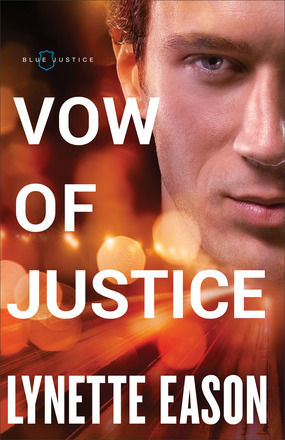 FBI Special Agent Lincoln St. John is living his own personal nightmare. When the woman he loves, Allison Radcliffe, is killed, he devotes himself to tracking down the killers and making them pay for their crimes. He expected it to be a challenge. What he never expected was to find Allison very much alive shortly after her "murder."

As his anger and hurt mix with relief, Linc isn't sure how he's supposed to feel. One thing he does know for sure: he and Allison will have to work together to stop a killer before she dies a second time--this time for good.


Praise for books in the Blue Justice series

"The characters, the mystery, and the nonstop action will keep you glued to the pages."--Suspense Magazine

"Energetic and tense until the end."--Publishers Weekly


Lynette Eason is the bestselling author of Oath of Honor, Called to Protect, and Code of Valor, as well as the Women of Justice, Deadly Reunions, Hidden Identity, and Elite Guardians series. She is the winner of three ACFW Carol Awards, the Selah Award, and the Inspirational Reader's Choice Award, among others. She is a graduate of the University of South Carolina and has a master's degree in education from Converse College. Eason lives in South Carolina with her husband and two children. Learn more at www.lynetteeason.com.

Praise for Code of Valor

"The characters, the mystery, and the nonstop action will keep you glued to the pages."--Suspense Magazine

Praise for Called to Protect

"Eason's page-turner is energetic and tense until the end."--Publishers Weekly

"Explosions, gun battles, and a terrifying, cop-killing criminal pepper the rocket-powered plot. Author Lynette Eason's formidable female characters stand out, as do the male leads who trust the women's judgment without question."--Bookpage

"Lynette Eason's Oath of Honor promises to be the beginning of another roller-coaster ride series. Readers are going to love Isabelle and Ryan's story, while getting to know the entire St. John family. This engrossing novel will have them hooked from page one."--Lisa Harris, bestselling and Christy Award-winning author of The Nikki Boyd Files