series: Love on the Santa Fe 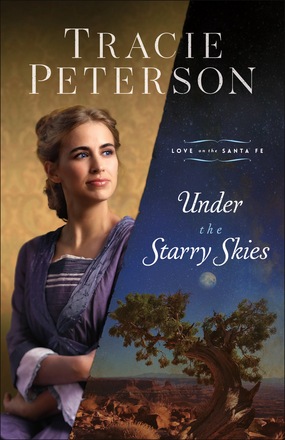 Will their faith prove to be stronger than their fear?

Sensible and independent, Cassie Barton never anticipated being on her own at thirty-two. But after the death of her father and the marriage of her sister, she's found joy in her work as a seamstress. When a minor accident leaves her unable to sew, she decides to use her time to compile a book of stories about the men working on the Santa Fe Railroad. But worry begins to grow in San Marcial as Mexican revolutionaries set out to destroy the railroad--and put many lives in danger.

With Europe at war and his longtime friend Cassie injured, railroad worker Brandon DuBarko is burdened by his troubles. He promised Cassie's father he would watch over her, but as their comfortable friendship slowly transforms into something deeper, he feels trapped by a secret from his youth. When a vengeful man reappears in Brandon's life, intent on causing conflict, Brandon must face his past before he can move forward.

As the danger intensifies, Cassie and Brandon must rely on God to overcome the obstacles that stand in the way of a brighter future.

"The poignant rendering of transformation through faith will resonate with inspirational readers."--Publishers Weekly on Beyond the Desert Sands

"The author has well-developed characters with interesting stories in which she has woven a unique theme of redemption and forgiveness . . . . If you like historical romance, you will love Under the Starry Skies. I highly recommend it!"