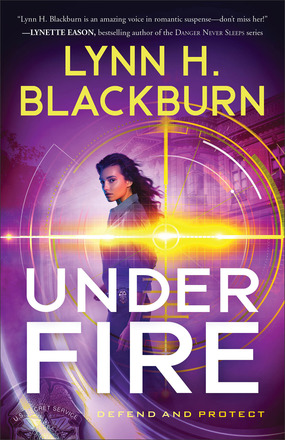 USSS Special Agent Zane Thacker has landed his dream assignment protecting the president of the United States. When the president plans a fundraiser at the exclusive estate of a political supporter in Raleigh, Zane is thrilled to be working again with Special Agent Tessa Reed, his best friend--and the woman he desperately wishes could be more.

Though Tessa almost lost everything, she battled her demons and came out on the other side healthy and healed. But when her role as the liaison between the Raleigh office and the president's protective detail wrenches her past back into the present, her greatest failure threatens to come to light.

Zane refuses to let Tessa go through this alone. But can he stand by the woman he loves and protect the president from a mounting threat at the same time?