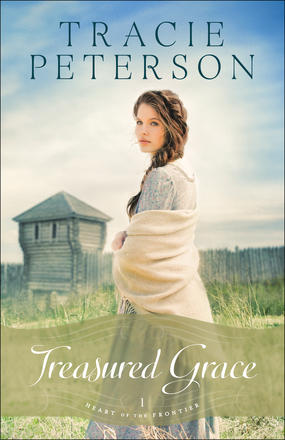 In untamed Oregon Country, one young woman fights to keep her family safe.

Grace Martindale has known more than her share of hardship. After her parents died, raising her two younger sisters, Hope and Mercy, became her responsibility. A hasty decision to head west seemed like an opportunity for a fresh start but has instead left Grace in a precarious position. When missionary Dr. Marcus Whitman and his wife agree to let Grace and her sisters stay at their mission for the winter, Grace is grateful. Until they hear from their uncle in Oregon City, the three sisters have nowhere else to go.

As Grace adjusts to life in the West, she meets a fur trapper named Alex Armistead who intrigues and infuriates her in equal measure. But when a measles outbreak threatens lives at the mission and among the native Cayuse who live nearby, it is Alex who helps Grace use the natural healing remedies she learned from her mother to help where she can, despite Dr. Whitman's disapproval. As the death toll rises, so do tensions between the settlers and the natives, and Grace soon finds herself and those she loves in more danger than she imagined possible.

"Peterson powerfully depicts the challenges of life in the 19th-century American West, including a realistic picture of Indian-American relations. . . . In the end, the journey of faith and healing carries more weight than the romance does, shining spiritual hope onto worldly suffering. Fans of Peterson will welcome this opening story in the new Heart of the Frontier series."

"This powerful novel is realistic of the time, and great for fans of Francine Rivers."