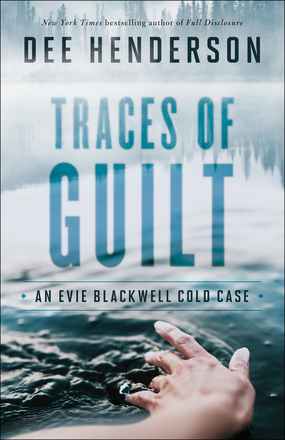 She's turning up the heat on Carin County's cold cases . . .

Evie Blackwell loves her life as an Illinois State Police detective . . . mostly. She's very skilled at investigations and has steadily moved up through the ranks. She would like to find Mr. Right, but she has a hard time imagining how marriage could work, considering the demands of her job.

Gabriel Thane grew up in Carin County and is now its sheriff, a job he loves. Gabe is committed to upholding the law and cares deeply for the residents he's sworn to protect. He too would like to find a lifetime companion, a marriage like his parents have. . . .

When Evie arrives in Carin, Illinois, it's to help launch a new task force focused on unsolved crimes across the state. She will work with the sheriff's department on a couple of its most troubling missing-persons cases. As she studies old evidence to pull out a few tenuous new leads, she unearths surprising connections. One way or another, she knows Gabriel Thane and his family will be key to the answers she seeks.

"The mysteries explored in the story are nuanced and their resolutions surprising...The interplay of the characters is fascinating and sets up some intriguing scenarios for future installments."

"Henderson's well-developed cast of supporting characters includes a few recognizable names from her previous novels...Leaving as many mysteries in limbo as solved, Henderson ends this story with plenty of fodder for future installments."

"The combination of dogged detective work and clever deductions that leads Evie to solve both cases is bound to please mystery fans, and the hint of attraction between Evie and Gabriel will keep romance readers intrigued enough to see how this relationship develops over the course of the series."

"Henderson's writing is crisp, and the gripping story line will keep readers on edge until the final page. A twisty plot in which nothing is as it seems. . . . Police procedural aficionados and the author's many readers will be lining up for this one."

"This novel is classic Henderson. . . . suspense at its best and impossible to put down."