The Strength of His Hand 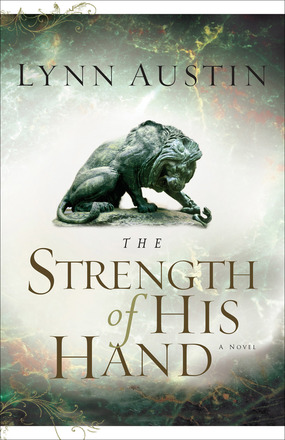 The legacy Hezekiah has established as one of Judah's great leaders is threatened: his beloved wife, Hephzibah, remains barren. Desperate to provide a successor to her husband's throne, Hephzibah makes a forbidden pact with the fertility goddess Asherah.

Feeling repulsed and betrayed by her act of idolatry, Hezekiah destroys the pagan shrine. But in his rage, he himself is critically injured. As Hezekiah struggles to redeem his wife and save his nation, the aged prophet Isaiah arrives with divine instructions for the king to put his house in order and choose a successor.

With his life--and the future of his kingdom--hanging in the balance, Hezekiah once more cries out to the Lord.