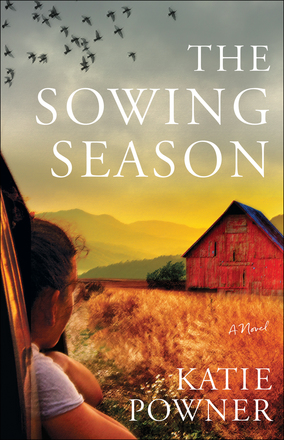 Can an unlikely friendship give them the courage to start again?

Forced to sell the dairy farm he's worked his entire life to make successful, Gerrit Laninga, now sixty-three, doesn't know what to do with himself. He sacrificed everything for his cows--his time, his health, his family--with nothing to show for it but bitterness, regret, and two grown children who want nothing to do with him.

Fifteen-year-old Rae Walters is stricken with panic every time she climbs behind the wheel. But any failure, including not passing her driver's test, jeopardizes The Plan--the detailed blueprint for high school and beyond that has her following in her lawyer father's footsteps. Though she's always been committed to The Plan, now that the pressure to succeed is building, doubts about whether she has what it takes begin to haunt her. What was supposed to unite her family in purpose could end up tearing it apart.

As their paths cross and a friendship begins to form, Gerrit's and Rae's lives change in unexpected ways. Will they discover what really matters in life and together learn it's never too late for a second chance?