The Rose and the Thistle 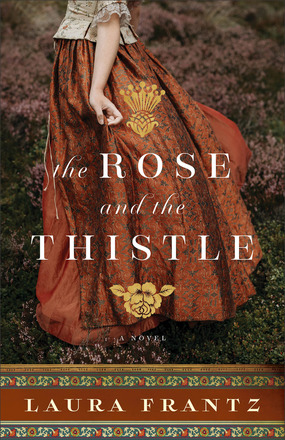 "A deeply atmospheric story of faith, love, and sacrifice that is as captivating as it is enthralling."--Sarah E. Ladd, bestselling author of The Cornwall Novels

In 1715, Lady Blythe Hedley's father is declared an enemy of the British crown because of his Jacobite sympathies, forcing her to flee her home in northern England. Secreted to the tower of Wedderburn Castle in Scotland, Blythe quietly awaits the crowning of a new king. But in a house with seven sons and numerous servants, her presence soon becomes known.

No sooner has Everard Hume lost his father, Lord Wedderburn, than Lady Hedley arrives with her maid in tow. He has his own problems--a volatile brother with dangerous political leanings, an estate to manage, and a very young brother in need of comfort and direction. It would be best for everyone if he could send this misfit heiress on her way as soon as possible.

In this whirlwind of intrigue, ambitions, and shifting alliances, Blythe yearns for someone she can trust. But the same forces that draw her and Everard together also threaten to tear them apart.

"Laura Frantz's novels never fail to enchant, and her latest is no exception! Complete with exceptional historical detail and a cast of well-drawn characters, The Rose and the Thistle is a deeply atmospheric story of faith, love, and sacrifice that is as captivating as it is enthralling."