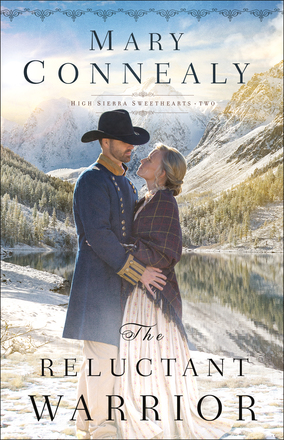 He Thought His Toughest Tests Were behind Him.

But Nothing Could Prepare Him for Trying to Win Back the Love of His Daughter.

Union army officer Cameron Scott is used to being obeyed, but nothing about this journey to Lake Tahoe has gone as expected. He's come to fetch his daughter and nephew, and seek revenge on the people who killed his brother. Instead finds himself trapped by a blizzard with two children who are terrified of him and the stubborn but beautiful Gwen Harkness, who he's worried may be trying to keep the children.

When danger descends on the cabin where they're huddled, Cam is hurt trying to protect everyone and now finds Gwen caring for him too. He soon realizes why the kids love her so much and worries that it might be best for him to move on without them. When she sees his broken heart, Gwen decides to help him win back their affection--and in the process he might just win her heart as well.