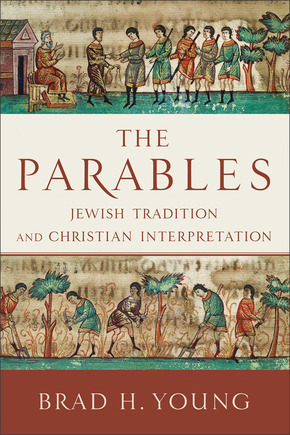 "[This] is an excellent and stimulating contribution to the study of the parables and is well worth reading." --Ashland Theological Journal

Fully one-third of Jesus' words in the Synoptic Gospels occur in parables. It could be said that knowing the parables is essential for understanding the person of Christ. In this work, Brad Young displays his unique perspective as a scholar steeped in both Jewish and Christian studies. While parables have timeless messages, reinterpretations in new contexts throughout the centuries have distorted the original meanings and undermined the essence of what Jesus intended for his initial listeners. Young examines the parables that best illustrate the parallels between the rabbinic and Gospel parables. He challenges readers to remember that first-century Judaism was not merely the backdrop for Jesus' teachings but the very stage from which Jesus delivered the message of the kingdom. Jesus' ethics and theology can be properly understood only in the light of first-century Jewish teachings. Young focuses on the historical development and theological significance of parables in both traditions and examines five theological subjects that are dealt with in parables: prayer, grace, reconciliation, calling, and sovereignty.

"This innovative work on the parables shows that Jesus is both a foundation of the Christian faith and at the same time an integral part of Second Temple period Judaism. Jewish thought is not--as is often claimed--merely a background for Jesus but is in reality the original context and natural framework of his message. . . . It is a very rare case that a New Testament scholar can break the language barrier and move freely in the Hebrew and Aramaic sources of early Judaism proficiently, as Young is able to do. . . . All who are involved in the study of Judaism, as well as everyone seeking a better understanding of Jesus, will be challenged by Young's creative and solid research."--David Flusser, Late Professor Emeritus of Second Temple Period Judaism and Early Christianity, Hebrew University, Jerusalem (from the foreword)

"Young's investigation and analysis is both interesting and challenging. The introduction gives a solid overview of parables in general as teaching tools. Young also surveys the relationship between Jesus' parables and the broader context of Rabbinic Judaism. He makes extensive use of Jewish materials related to Second Temple Judaism including the Mishnah, Talmud, Dead Sea Scrolls, as well as the work of modern Jewish scholars and other major secondary sources. The general outline he follows in his exposition of the various parables is logical and helpful. . . . Young's study of the parables is an excellent and stimulating contribution to the study of the parables and is well worth reading." --Ashland Theological Journal