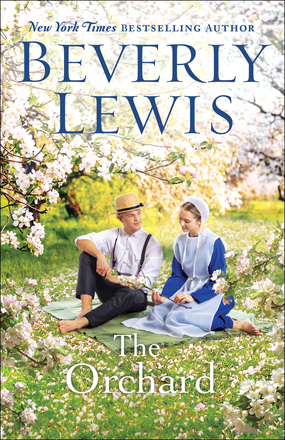 "Best-selling Lewis presents a chaste and gentle romance that is focused as much on family relationships and the community as it is on the hopes of a young couple."

"Lewis' many fans, as well as fans of Amish fiction in general, will find much to love here in the stories of Ellie and Evan. The conclusion is as satisfying as a piece of rhubarb pie eaten on the porch swing on a soft summer night."

"This novel is a lovely glimpse into Amish culture, and it's even more interesting to see it paired with the tumultuous Vietnam era. . . .a recommended pick for any reader looking for another of Lewis's best."

"Beverly Lewis writes authentic, unique Amish stories that draw you in and touch the heart. This book is one of her best."

"Christianity and love of the Lord as well as Scripture are woven throughout The Orchard as well as the deep questions the author poses about choices and their consequences."