The Old Testament and God

series: Old Testament Origins and the Question of God 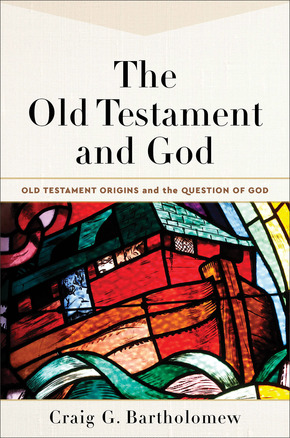 Bartholomew proposes a much-needed holistic, narrative approach, showing how the Old Testament functions as Christian Scripture. In so doing, he integrates historical, literary, and theological methods as well as a critical realist framework. Following a rigorous analysis of how we should read the Old Testament, he goes on to examine and explain the various tools available to the interpreter. He then applies worldview analysis to both Israel and the surrounding nations of the ancient Near East. The volume concludes with a fresh exegetical exploration of YHWH, the living and active God of the Old Testament. Subsequent volumes will include Moses and the Victory of Yahweh, The Old Testament and the People of God, and The Death and Return of the Son.

"Only Craig Bartholomew could have written this book! The range of interlocutors is vast; Old Testament scholars mingle with philosophers, literary critics, and historians of the ancient Near East, and Bartholomew's immensely creative and constructive mind orchestrates a powerful symphony by means of a running commentary on the scholarship. At the heart of the matter is the possibility--indeed the firm conviction--that the living God has revealed himself to Israel. A joy to read, this book should fund a new and multifaceted conversation grounded in the question of God."

"Many of us were apprenticed into the guild of Old Testament scholarship under the paradigm of alleged academic 'objectivity' in which 'God' could not be the subject of a sentence that presumed his living reality and power, other than as a fictive character in the narrative. Craig Bartholomew challenges that paradigm in a way that enables an encounter with the living Scriptures to be an authentic encounter with the voice of the living God."

"This opus breathes intelligence, learning, and creativity as it frames what it means--and could mean--to study the Old Testament. True to form, Bartholomew assesses the academy critically with breadth of vision and philosophical rigor. He methodically advances a theological vision of the Old Testament that takes as fundamental its kerygmatic force. Faith and theology inform Bartholomew's work as resources rather than obstacles, while rightly he pleads for genuine pluralism in the academy. Although it will be possible to interrogate Bartholomew's argument, it will be impossible to ignore it. This volume exhibits the characteristics of a classic."

"In this introductory volume Bartholomew makes an impressive start to a project that seeks to do for the Old Testament what N. T. Wright has done for the New Testament. A great strength of his approach is an in-depth philosophical and methodological awareness. This enables him to provide a sharp critical evaluation of a number of traditional scholarly views. His careful attention to the historical, literary, and theological dimensions of the Old Testament sheds new light on many disputed issues and illuminates the rich Old Testament portrayal of the living God."

"Who but Craig Bartholomew could have imagined this book, much less actually written it? In The Old Testament and God, Craig takes the reader on an exhilarating quest to answer the biggest question not only in biblical studies but in our lives: the question of God. Along the way, Craig introduces us to a vast array of voices, from philosophers and historians to narrative critics and specialists in the ancient Near East. The end result is part manifesto, part invitation. The Old Testament and God is sure to guide and inspire students and scholars alike."

"In this far-reaching and ambitious work, Bartholomew compellingly contends for an audacious notion: the Old Testament needs God and, above all else, enacts deific truth. This claim stands in sharp contrast with modernity reinforced by its tacit atheism and sardonic rejection of the supernatural. Consequently, the most central aspect of the Scriptures is absent in most post-Enlightenment biblical criticism. The Old Testament and God models an alternative, post-critical approach that is both overtly theistic and particularly Christian."