The Nature of a Lady 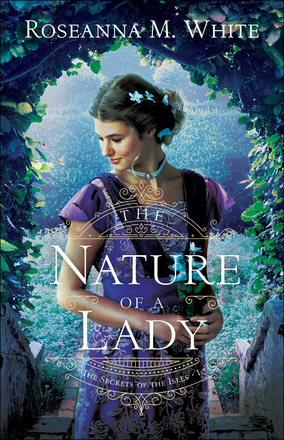 Lady Elizabeth "Libby" Sinclair, with her love of microscopes and nature, isn't favored in society. She flees to the beautiful Isles of Scilly for the summer and stumbles onto the dangerous secrets left behind by her holiday cottage's former occupant, also named Elizabeth, who mysteriously vanished.

Oliver Tremayne--gentleman and clergyman--is determined to discover what happened to his sister, with the help of the girl now living in what should have been Beth's summer cottage . . . especially when he realizes it's the curious young lady he met briefly two years ago, who shares his love of botany and biology. But the hunt for his sister involves far more than nature walks, and he can't quite believe all the secrets Beth had been keeping from him.

As Libby and Oliver work together, they uncover ancient legends, pirate wrecks, betrayal, and the most mysterious phenomenon of all: love.