An Israeli Insider Looks at the End Times 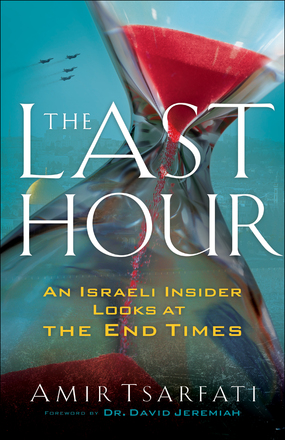 As the last hour approaches, it's time to topple misconceptions and discern God's true plan.

We all have questions about the end times. But, as Israeli Christian and respected Bible teacher Amir Tsarfati explains, biblical prophecy is a mystery, not a secret. Understanding is available to anyone who takes the time to study it. Let this book be your guide.

With deep, thought-provoking insight into biblical prophecy and its modern-day application, Amir's exploration of the Bible is both fresh and fascinating.

Rather than engaging in speculation and playing on people's fears, Amir poses real-life scenarios grounded in biblical truth regarding the Rapture, the Antichrist and the Great Tribulation. He also helps you understand the roles--and fates--of Russia, Iran, the European Union, the United States and Israel in the end times, showing how biblical prophecies are being fulfilled right now.

There is hope in the midst of chaos. No matter what happens, God is in control. He will protect His own.

"What God has promised to His people, He is fulfilling. I believe that God is going to use The Last Hour to open hearts to the Gospel."--DR. DAVID JEREMIAH, founder and president, Turning Point; senior pastor, Shadow Mountain Community Church

Amir Tsarfati was born in Israel and has lived there most of his life. Since fulfilling his mandatory service in the Israeli Defense Forces, he has continued as a major in the IDF reserves. Amir has been the CEO of Sar El Tours and Conferences and was a chief tour guide in Israel for twenty years. He is also the founder and president of Behold Israel, a nonprofit organization that provides real-time access to reliable news about Israel from within the powerful context of Bible history and prophecy. Amir is married with four children. Learn more at www.beholdisrael.org.