The Last Days according to Jesus, Repackaged Edition

When Did Jesus Say He Would Return? 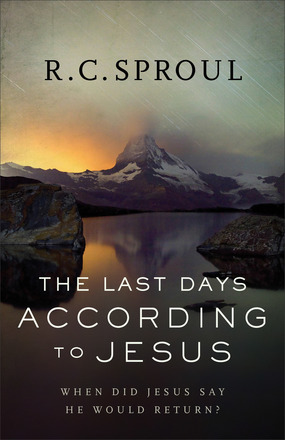 Speculation and theories concerning what the last days have in store for us abound. In the hype of sensational books and movies, one important question is often obscured:

What did Jesus believe and teach about the end times and the timing of his return?

In his characteristically precise and compelling style, renowned theologian R.C. Sproul points us to the words of Christ as providing solid, biblical footing amid ever-shifting opinions about the age to come. He covers key questions, such as:
· What exactly did Jesus teach about the last days on Mount Olivet?
· What generation will witness the end?
· What did Paul teach in his letters?
· What did John teach in Revelation?
· When is the resurrection?
· When is the millennium?

In addition to answering these important questions about the last days, Dr. Sproul presents an authoritative explanation of biblical teaching about the end times and the timing of Christ's return.

R. C. Sproul (1939-2017) was founder of Ligonier Ministries, an international Christian discipleship organization located near Orlando, Florida. He was also founding pastor of Saint Andrew's Chapel in Sanford, Florida, first president of Reformation Bible College, and executive editor of Tabletalk magazine. His radio program, Renewing Your Mind, is still broadcast daily on hundreds of radio stations around the world and can also be heard online. Dr. Sproul contributed dozens of articles to national evangelical publications, spoke at conferences, churches, colleges, and seminaries around the world, and wrote more than one hundred books, including The Holiness of God, Chosen by God, and Everyone's a Theologian. He also served as general editor of the Reformation Study Bible.