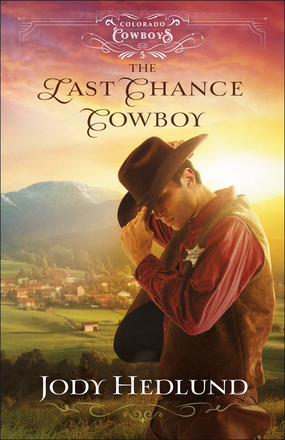 With danger drawing ever closer, their only hope of saving their futures lies in each other.

As a midwife, Catherine Remington is successful in bringing new life into the world, but she's failed one too many times in finding true love. When she's accused of a murder she didn't commit, she's forced to flee to Colorado to honor a patient's dying wish by delivering a newborn infant to his father.

The repentant prodigal Dylan McQuaid is finally back in Fairplay. As sheriff, he's doing his best to prove to the town he's a changed man and worthy of their trust. When a woman shows up with an infant son he didn't know he had, Dylan is left with only complicated choices on what to do next.

Having grown attached to Dylan's son, Catherine doesn't want to part ways with the infant, but what she doesn't bargain for is how easily she'll fall for the charming sheriff, or how quickly the past will catch up with her and put their love and lives in danger.