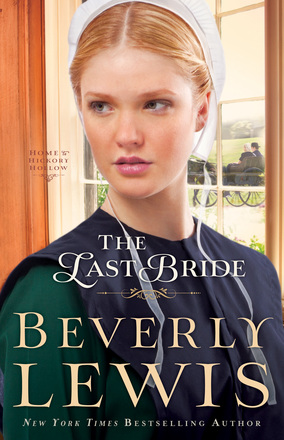 "Much of the credit [for the growth of Amish fiction] goes to Beverly Lewis, a Colorado author who gave birth to the genre in 1997 with The Shunning..."
--Associated Press


Of her Old Order parents' five daughters, Tessie Miller is the last to marry. She has her heart set on Amishman Marcus King, but Tessie's father opposes the match.

Impetuously, Tessie and Marcus elope to the English world, then return to Hickory Hollow to live as singles, trusting they'll convince the Millers to give their love a chance over time. But when the unthinkable happens, Tessie faces the almost-certain censure of the People. Will she find a reason for hope in spite of her desperate plight?

Vivid imagery captures the reader's attention as Lewis masterfully tugs at their heart-strings.

Lewis latest is a thoughtful tale filled with pastoral imagery, dramatic irony, and gentle
foreshadowing that teases the story forward.