The Girl in the Gatehouse 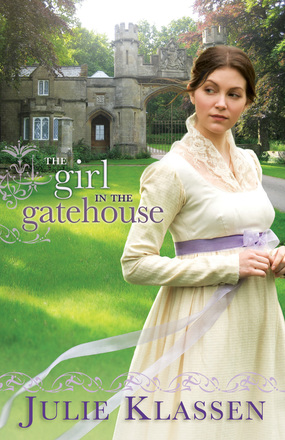 Mariah Aubrey lives in seclusion with her secrets.
Will an ambitious captain uncover her identity... and her hidden past?

Banished from the only home she's ever known, Mariah Aubrey hides herself away in an abandoned gatehouse on a distant relative's estate. There she supports herself and her loyal servant the only way she knows how—by writing novels in secret.


When Captain Matthew Bryant leases the estate, he is intrigued by the beautiful girl in the gatehouse. But there are many things he doesn't know about this beguiling outcast. Will he risk his plans—and his heart—for a woman shadowed by scandal?


Intriguing, mysterious, and romantic, The Girl in the Gatehouse takes readers inside the life of a secret authoress at a time when novel-writing was considered improper for ladies and the smallest hint of impropriety could change a woman's life forever.