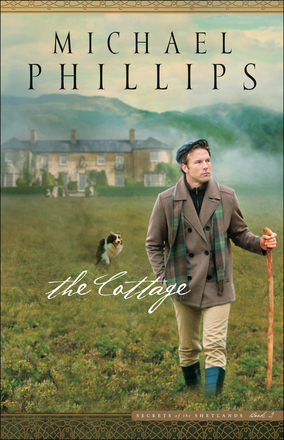 Is the Future of Whales Reef in the Hands of an Outsider?

When Loni Ford is informed that she has inherited property in the Shetland Islands, she laughs. She wants nothing more than to sell it and be done with it. But when she arrives in the North Sea enclave, she is stunned to find that "the Cottage" is not at all what she expected, nor is David Tulloch, the man most of the islanders believe to be the rightful heir.

The locals could hardly be more surprised that the heir is a woman--and an American. Loni, in turn, finds the islanders quaint and a bit behind the times. Expecting David to be as provincial as the rest of his clan, she discovers that there is far more to the man than meets the eye. And there is something about the peaceful atmosphere of the place--and the character of its most prominent citizen--that soon gets under her skin.

Beneath the peaceful surface, however, change is threatening the island of Whales Reef. David's cousin Hardy Tulloch, whose claim to the inheritance now in Loni's hands was backed by oil investors, has not been deterred in his aim to control the island. But his co-conspirators have plans of their own, plans that put Loni's very life in danger. . . .

"The second book in the Secrets of the Shetlands series superbly demonstrates Phillips' knowledge and affection for the Shetland Islands, the Shetland dialect and other cultural aspects. In addition to the vivid scenery details, the lyrical quality to Phillips' writing makes it easy to get immersed and feel transported to another time and place."

"Phillips crafts a thoughtful story with lovely settings while exploring appealing themes of secrets, vulnerability, and traditional values, including duty to family."