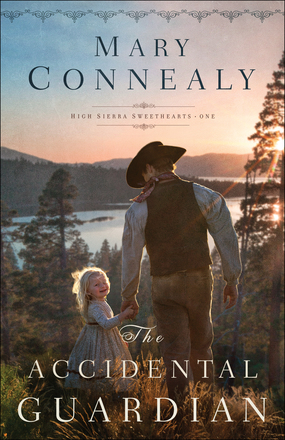 She's the Only Witness to a Wagon Train Attack. Keeping Her Safe, Though, Means His World Is about to be Turned Upside Down.

When Trace Riley finds the smoldering ruins of a small wagon train, he recognizes an attack by the same group who left him as sole survivor years ago. Living off the wilderness since then, he's finally carved out a home and started a herd--while serving as a self-appointed guardian of the trail. He'd hoped the days of driving off dangerous men were over, but the latest attack shows otherwise.

Deborah Harkness saved her younger sister and two toddlers during the attack, and now finds herself at the mercy of her rescuer. Trace becomes an accidental guardian when he offers the only shelter for miles around and agrees to take them in until they can safely continue their journey. His simple bachelor existence never anticipated kids and women in the picture and their arrival is unsettling--yet enticing.

Trace and Deborah find themselves drawing ever closer as they work together to bring justice to the trail and help the group survive the winter--but every day closer to spring means a day closer to leaving the mountains forever.

"In the first installment of Connealy's new High Sierra Sweethearts series, delightful characters entertain readers page after page with an adventurous and often perilous plot. . . . With a determined and independent leading lady and an unassuming hero befuddled by all things feminine, even Connealy's point-of-view transitions are wildly entertaining. The Accidental Guardian explores issues of trust, justice, commitment and faith. The contrast of the unpredictable winter weather and snug, cozy evenings by the fire is echoed by the hard work of survival and discovery of genuine faith through a salvaged Bible. This story's enticing conclusion leaves readers primed for the next installment. "