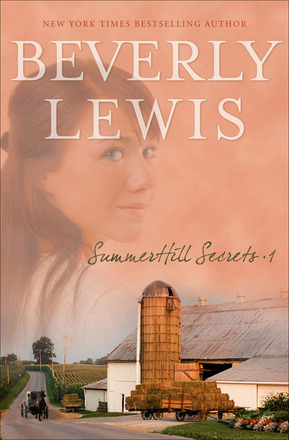 Join Merry Hanson, a very modern fifteen-year-old living in Pennsylvania's Amish country, as she faces the true-to-life struggles and heartfelt triumphs of growing up to be the best she can be in God's eyes.

Whispers Down the Lane
When Lissa Vyner shows up bruised and beaten, Merry enlists the help of her Amish friend Rachel Zook.

Secret in the Willows
After her Amish neighbors' farm is vandalized, Merry resolves to find the culprit before an innocent person is blamed.

Catch a Falling Star
With her crush on Jon Klein stymied by Lissa, Merry mystifies nearly everyone when she begins spending time with fun-loving Levi Zook.

Night of the Fireflies
Susie Zook reminds Merry of her long-deceased twin, but the parallel becomes hauntingly similar in the wake of a terrible accident.

A Cry in the Dark
An abandoned baby girl appears to be the answer to Merry's prayers, but she isn't the only one with hopes for baby Charity.